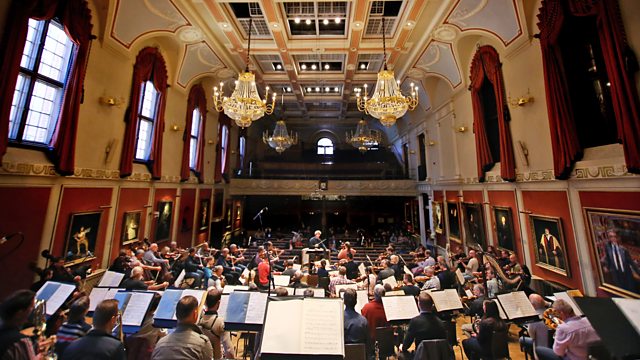 To celebrate the 100th anniversary of Czech independence Semyon Bychkov conducts the Czech Philharmonic in Smetana and Dvořák including the Cello Concerto with Alisa Weilerstein.

As part of the celebrations marking 100 years since Czech and Slovak independence from the Austro-Hungarian Empire, the Czech Philharmonic and their newly-appointed Chief Conductor and Music Director Semyon Bychkov bring and all-Czech programme to the Duke's Hall at the Royal Academy of Music. Semyon Bychkov also holds the RAM's Otto Klemperer Chair of Conducting and RAM students will be sharing the stage with the Czech Philharmonic for the first piece, Smetana's The Bartered Bride Overture to get the celebrations off to a suitably jolly start.

See all recipes from Celebrating 100 years since Czech independence