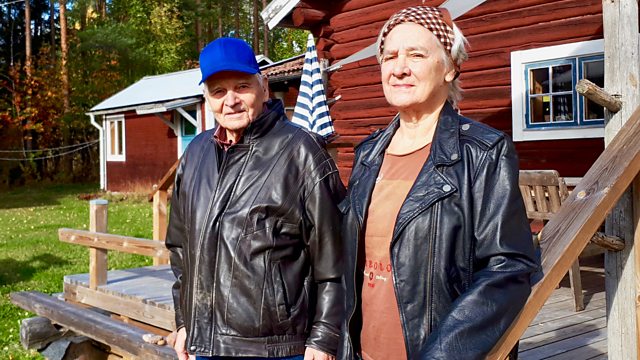 A collaboration with Swedish photographer Maja Daniels exploring the mysteries of the endangered forest language her grandparents speak - Elfdalian.

Swedish artist and photographer Maja Daniels explores the mysteries of the endangered Swedish forest language Elfdalian. Maja didn't learn the language herself, but her grandparents speak it and she has long been fascinated by its mysteries.

Spoken in the remote forest region of Älvdalen - a place thick with forest and steep valleys - Elfdalian used to be the main language of the area, but Swedish has increasingly become dominant and few young people speak it today.

In a collage of forest sounds and local voices, travelling through Älvdalen, this programme explores some of the mysteries of the language and its links to Sweden's ancient, Viking past. Maja meets up with young people to hear about new efforts to keep the language alive, and talks to older people who speak it as a first language about how it survived while other ancient European languages did not, and what it can reveal about the people and their culture.