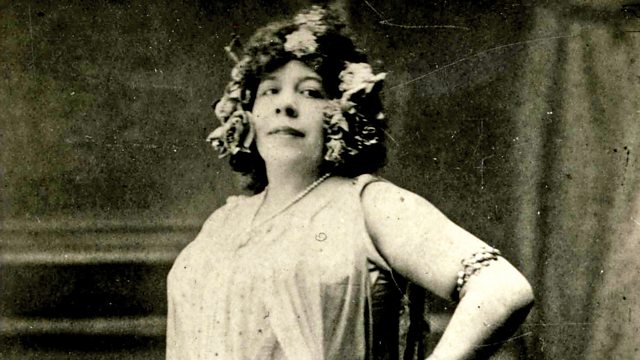 Dame Sarah Connolly reveals the 'Doctor Who forcefield' method of dealing with nerves on performance days, talks to Sara Mohr-Pietsch about her passion for music education, and describes the experience of being invited to sing in Wagner's Ring Cycle at the famous Bayreuth Festival.

The first black singer at Bayreuth was Grace Bumbry in the 1960s, but it could have been a different story. Celebrating Black History Month, and continuing Music Matters' series of Hidden Voices, Sara profiles the 1860s-born Aldridge sisters. Daughters of the 19th-century African-American Shakespearean actor Ira Aldridge, Amanda was a singer, composer and teacher whose students included Paul Robeson and Marian Anderson, and Luranah, also a singer, narrowly missed out on a career-changing appearance at Wagner's festival in the 1890s. With the music writer Alex Ross and author Louise Hare.

The author Scarlett Thomas shares her playlist for autumn, with music from Schubert to Keith Jarrett via Tom Waits and Beethoven. And Sara is in Ipswich to meet Byron Scullin and Hannah Fox, creators of Clarion Call, an outdoor sonic artwork broadcasting the voices of women and girls as part of the SPILL Festival's commemoration of the First World War centenary.

The Power of Performance