Close menu
BBC Radio 4
Oliver Burkeman: Why Are We So Angry?
Main content 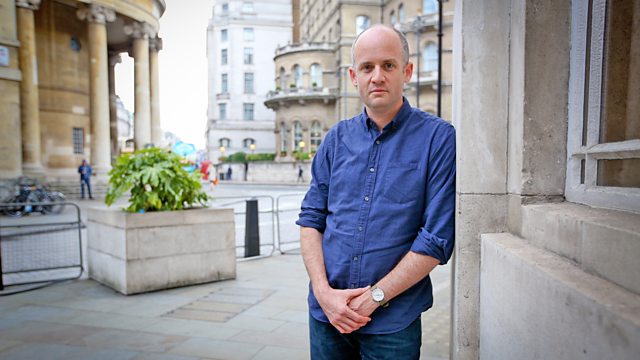 Oliver Burkeman: Why Are We So Angry?

Outrage sells. Oliver Burkeman finds out how media outlets spread anger online, and how it spills over into the real world, changing the way we see the world and each other.

It’s possible that we are more angry now than ever, but it’s also possible that we just perceive higher levels of rage because we are all plugged into an environment that can turn a profit on our outrage. In the digital age media outlets have to keep our attention to make money, and the best way to do that? Get us angry.

But how is this constant rage stream affecting us? Oliver explores how the infrastructure of the digital age has been built to keep anger on a rolling boil, why our brains can’t help but be drawn to the things that outrage us most, and if it’s possible to redesign our the lucrative attention economy to tone down the anger, or if we’ve reached the point of no return where the rage we vent behind the screen is now spilling over into how we see one another in the real world.

See all episodes from Oliver Burkeman: Why Are We So Angry?

Charlie Beckett is a former journalist, now a professor in the Department of Media and Communications at the LSE. He is director of Polis, the LSE's journalism think-tank and is leading the LSE's Truth, Trust and Technology Commission.  He researches the future of news and the role of emotions in journalism and social media.

He tells us about how journalism has always reflected the mood of contemporary society, and how personal identity has become so important in the present day press.

Dr Molly Crockett is an Assistant Professor of Psychology at Yale University and a Distinguished Research Fellow at the Oxford Centre for Neuroethics.

She explains why Moral Outrage in particular is prone to going viral.

Dr. Ryan Martin is the chair of the Psychology Program at the University of Wisconsin-Green Bay and host of the All The Rage Podcast. His work focuses on healthy and unhealthy expressions of anger.

He explains that anger is the most viral emotion online, but that things may be changing for the anger economy.

Tobias Rose-Stockwell is a writer, designer, and technologist living in New York City who is both fascinated with and troubled by the way our digital tools are being used today, and believes they are fundamentally altering our perception of each other.

He tells us what it was like to be on the inside as the media began to tilt towards more fear and anger, and how the design of social media could help to curb online rage.