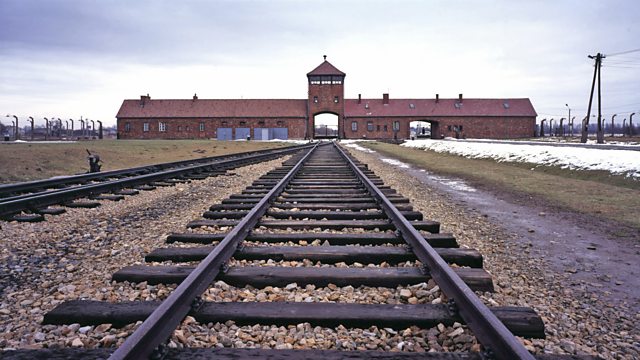 The Tattooist of Auschwitz, Billboard art and US politics, Emma Rice and Wise Children

The Tattooist of Auschwitz: the author Heather Morris talks about her novel, based on the true story of Lale Sokolov, who tattooed numbers on prisoners’ wrists at Auschwitz/Birkenau and tattooed and fell in love with a young Jewish woman who survived and became his wife.

Billboard art and politics: in the US more than 100 artists have designed billboards to encourage political participation, to be erected in each of the 50 states ahead of the midterm congressional elections in November. Political action group For Freedoms is behind the ‘50 State Initiative’. The group’s co-founder - artist Hank Willis Thomas - and Cassils - one of the artists involved in the project - explain how they hope it will inspire people to participate in civic life and change political discourse.

Emma Rice left the role of Artistic Director at Shakespeare's Globe earlier this year amidst controversy after her use of lighting and sound technology displeased the board of directors. Her first new production since is Wise Children, an adaptation of the Angela Carter novel at the Old Vic, and her first show made by her new theatre company, also called Wise Children. Lyn Gardner reviews the show and considers what it tells us about Emma’s intentions for the future.

The Tattooist of Auschwitz

The book, The Tattooist of Auschwitz is available and currently being made into a TV mini series

Wise Children is at the Old Vic until 10 Nov