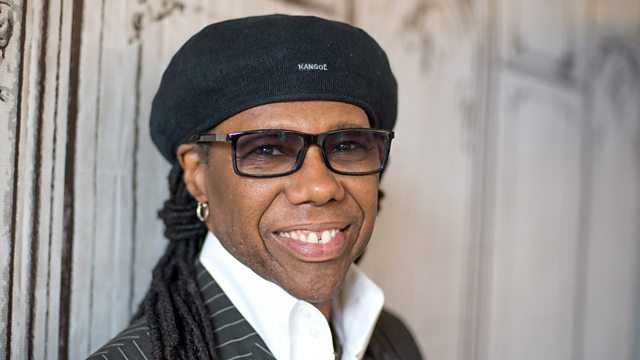 Nile Rodgers is a Grammy-winning composer, musician, and producer. With his own band, Chic, he's been enticing people on to the dance floor since the mid-1970s with hits like Le Freak and Good Times. With over 200 production credits to his name, he has worked on many highly successful albums from Sister Sledge’s We Are Family to David Bowie’s Let’s Dance and Madonna’s Like a Virgin.

Born in New York City in 1952 to a teenage mother, he spent his early life immersed in his parents’ bohemian, beatnik, and drug-dominated lifestyle. Drugs played a part in Nile's life too from an early age, and he took his first acid trip with Timothy Leary at the age of 15. After learning to play the guitar, he got his musical break touring with the Sesame Street stage show and playing in the house band of Harlem’s Apollo Theatre, where he met bassist Bernard Edwards with whom he developed a productive musical partnership and went on to found Chic.

Following the Disco Sucks movement of the late 1970s, Nile and Bernard turned to production, and sprinkled their magic dust on Sister Sledge and Diana Ross. When Nile and Bernard went their separate ways in the early 1980s, Nile forged ahead on his own, working with, among others, Madonna, Michael Jackson, David Bowie and Duran Duran.

Nile went into rehab in 1994 and has been clean and sober for the past 24 years and has received successful treatment for cancer twice. He won three Grammys for his 2013 collaboration with the French electronic music duo Daft Punk, and has recently released the first Chic album in 26 years.

See all clips from Nile Rodgers (2)