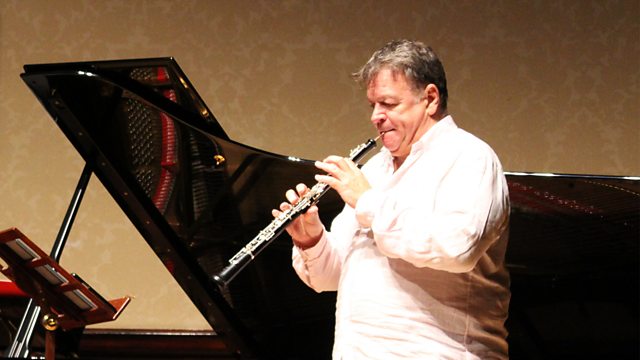 Bach acts as a prelude to this diverse programme of otherwise 20th-century oboe music. Nicholas Daniel, one of the world's greatest oboists, has chosen repertoire from the '20s to the '90s including York Bowen's lyrical 1927 Sonata and Czech composer Pavel Haas's 1939 Suite which reflects its troubled times by including nationalist musical references which would have resonated deeply with his audience. Daniel himself commissioned and gave the 1994 premiere of Julian Anderson's The Bearded Lady which movingly reflects on the tragicomic Baba the Turk, a character in Stravinsky's opera The Rake's Progress.