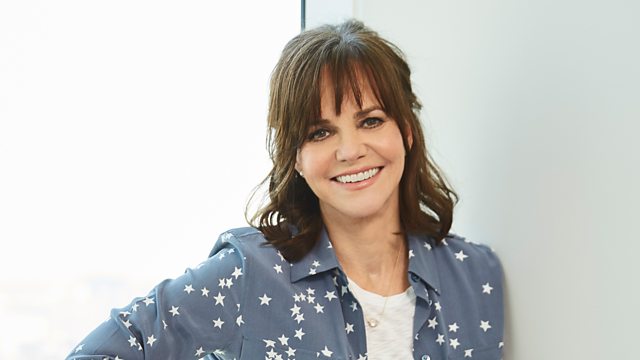 Academy-Award-winning actor Sally Field on her challenging childhood, her rise to fame from playing Sister Bertrille in the 60s’ American sitcom the Flying Nun to starring in countless Hollywood hit films including Norma Rae, Lincoln, Forrest Gump and Mrs Doubtfire and her love affairs, including with her Smokey and the Bandit co-star, the late Burt Reynolds.

Female prison officers... we find out about the training they receive and the pressures the job can put them under. We're given very rare access to a prison officer training centre in Warwickshire called Newbold Revel, where our reporter Siobhann Tighe speaks to Charmaine, who at 50, is embarking on a new career.

The Woman’s Hour Power List 2018 celebrates a top 40 of women in music. It's little surprise that several songwriters make appearances in the list, but who protects the rights and interests of this talent? Vick Bain, who is number 29 on the list, is the CEO of the British Academy of Songwriters, Composers and Authors, and joins us to discuss her work.

This time last year #MeToo was taking over the internet. Twelve months on, we take a look at how it was received in Africa, and if it’s changed things for women on the continent. We’ll be speaking to women from Ghana and South Africa to find out if #MeToo is just a western phenomenon.