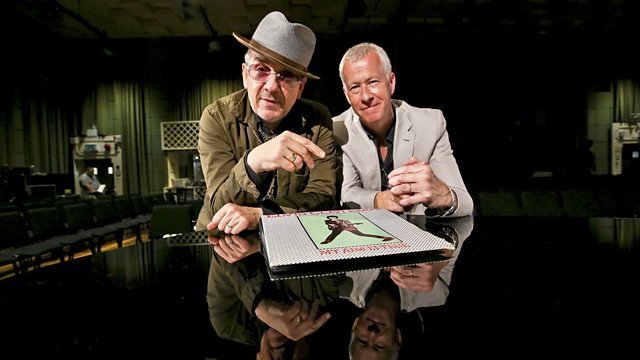 In the second part of a special edition of Mastertapes, broadcast to celebrate the first ever National Album Day, Elvis Costello takes questions from the audience and premiers exclusive tracks from his new album, Look Now. He is accompanied through out by his career-long collaborator, pianist Steve Nieve
The first part of this special was broadcast earlier in the day and they are both available as a single podcast.

This programme is part of BBC Music’s support for the first ever National Album Day, which takes place on Saturday 13th October with programming on Radio 1, 1Xtra, Radio 2, Radio 3, Radio 4, 5 Live, 6 Music, BBC One and BBC Four across the week or on the day itself.