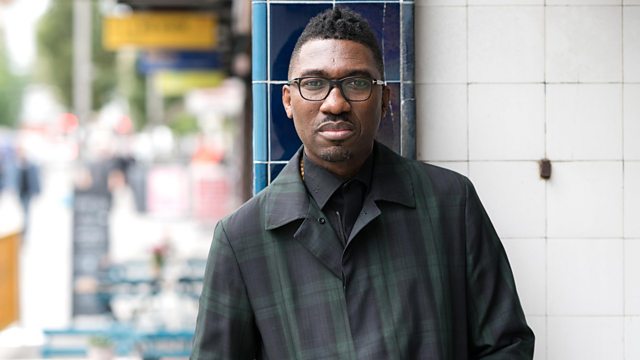 Backstage access to director Kwame Kwei-Armah's debut at the Young Vic - his version of Shakespeare's Twelfth Night with music and lyrics by Shaina Taub.

Kwame Kwei-Armah is facing high expectations as the new Artistic Director of the Young Vic Theatre in London. He has been away, directing in the USA for five years. While there, he took the cast of his Bob Marley musical One Love onto the streets and transformed the bullet-proof glass and bricked-up windows of Center Stage Theatre in Baltimore into a powerhouse for both the creative community and local residents.

He returns to an artistic scene that is much more diverse and representive than when he left the UK - yet society is in political and social turmoil.

What will he bring to the Young Vic?

The programme follows every aspect of production - from the women building sets for his debut to the actors singing Shakespeare into soul music and show tunes for his version of Twelfth Night.

He shares his vision on how to make the Young Vic an important theatre for writers, alongside its established credentials for directors, and offers a frank take on the expectations facing him as the first black Artistic Director of a major British theatrical institution.