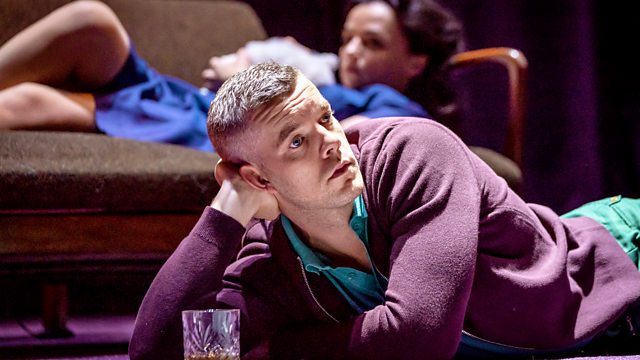 A Star Is Born, Harold Pinter, Javier Marias, Survey at The Jerwood, The Bisexual

Lady Gaga and Bradley Cooper in A Star Is Born, Harold Pinter x2, Javier Marias's Berta Isla, early-career artists in Survey at The Jerwood, The Bisexual on Channel 4.

The latest reworking of the classic film story of a performer-on-the-wain-being-eclipsed-by-his-protege, A Star Is Born features Lady Gaga and Bradley Cooper as the two leads. It has received 5 star reviews all over the place; what will our reviewers make of it?
There's a double-bill of Harold Pinter plays; The Lover and The Collection opening in London as part of Pinter At The Pinter. A series of one-act plays at the theatre named after the playwright.
Berta Isla is the latest novel from award-winning Spanish writer Javier Marias. It's a story of love, espionage, betrayal and coming to terms with who you and what you can't change.
Survey at The Jerwood Space in London is a chance to catch the work of 15 early-career artists from across a range of disciplines
The Bisexual is a new drama series coming to Channel 4, created by and starring Desiree Akhavan (director of The Miseducation of Cameron Post) which explores - yes, you guessed it - the potentially thorny subject of bisexuality.

A Star is Born

A Star is Born is in cinemas now, certificate 15.

The Lover / The Collection

The Lover / The Collection is at the Harold Pinter Theatre until 20th October.

Survey is at Jerwood Space until 16th December.

The Bisexual begins on Wednesday 10th October at 10pm on Channel 4.