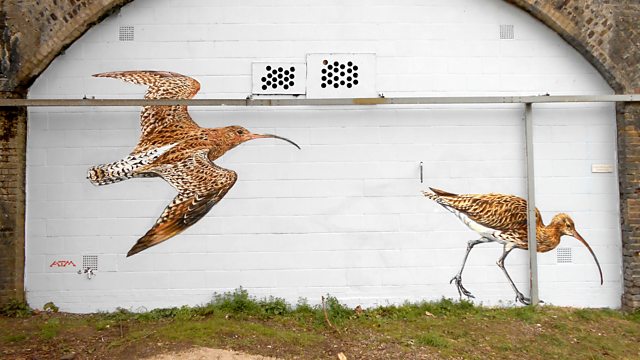 The Nature of Creativity

Nature has been woven into our cultural heritage for generations, but as species disappear around the world, are we losing our natural inspiration for art, music and literature?

Writer and producer Mary Colwell explores the relationship between nature and creativity, and asks, as nature disappears, are we compromising our ability to express ourselves in art, music and literature? Since the 1970s the world has lost half of the mass of wildlife on earth, so is this affecting human creativity?

The opening to Beethoven’s groundbreaking Fifth Piano Concerto starts with a piano imitation of the call of an Ortolan bunting. It is tiny, weighing just a few grams, but its song is powerful. Nature was a vital source of inspiration to him.

From the earliest times humanity has always woven nature into the very fabric of our cultural, spiritual and scientific lives. Nature has acted both as a source for inspiration, but also as a metaphor, allowing us to be more creative and expanding our understanding of ourselves.

The mysterious cave paintings, from as early as 30,000 years ago hint at a religious association with animals, where the veil between the real and spiritual was thin and insubstantial. For the ancient Greeks birds are especially commonly depicted in frescoes. plays, idioms similes and plays. Welsh storyteller, Dafydd Davies Hughes, describes how ancient tales, predating the Romans, used animals to tell us about morality and to instil social norms.

But does the lessening of nature in our lives mean we are becoming less creative? Simon Colton, Professor of computational Creativity at Falmouth University believes we are just as creative as ever, and new technology is allowing us even greater expression. Prof Vincent Walsh believes we are in an extraordinarily rich, creative age; “you could argue that as we have become more urban, our creativity has expanded.”

The Nature of Creativity is a rich and thought-provoking programme that presents new and challenging ideas about our relationship with the natural world. It is a Reel Soul Movies production for BBC Radio 3.

Ken Campbell as Never Heard Before