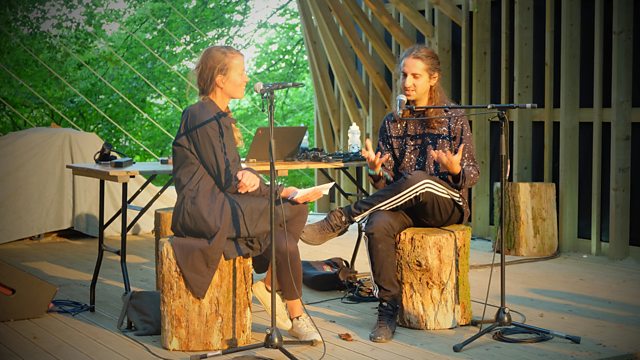 Verity presents an exclusive mixtape by electronic musician James Holden exploring different notions of trance in music, recorded in front of a live audience at End of The Road.

In the final of our triptych of shows devoted to Late Junction at End of the Road Festival, Verity presents an exclusive mixtape by electronic shaman James Holden, mixed in front of a live audience on Saturday evening. The mix traces differing notions of trance in music from the transcendental states induced by the traditional music of North Africa to the ecstatic rhythms of spiritual jazz. Ahead of his appearance at the festival, Verity discusses this idea with James and how it was born out of a formative trip to Morocco to collaborate with the Gnawa musician Maâlem Mahmoud Guinia.

Since his success producing euphoric electronic music in the early 2000s, Exeter-born James Holden has moved further away from dance music, reshaping his sound as his philosophy and taste has shifted. Alongside his musical career he has also launched his own label, Border Community and is a sought after producer and remixer. His last album was recorded in one take with improvising ensemble The Animal Spirits and moves between euphoric melodies to intense improvisation which Holden describes as 'something like a spiritual jazz band playing folk trance music'

Verity Sharp at the End of the Road Festival 2018