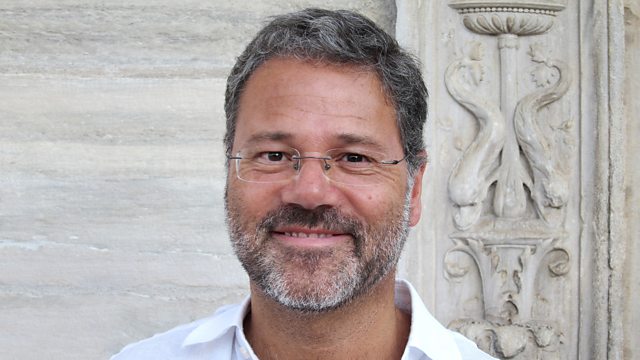 La Capella de Ministrers performs excerpts from the 14th-century manuscript, the Red Book of Montserrat, in a concert given at the Palau de Musica Catalana in Barcelona.

Simon Heighes introduces a concert given at the Palau de Musica Catalana in Barcelona by the Spanish ensemble La Capella de Ministrers. They perform excerpts from the fascinating 14th Century illuminated manuscript - the Llibre Vermell de Montserrat, or "Red Book of Montserrat".

The manuscript was prepared around the year 1399, originally containing 172 double pages, of which 32 have since been lost. The title "The Red Book of Montserrat" describes the red binding in which the collection was placed in the 19th century. The monastery after which the book was named holds the shrine of the Virgin of Montserrat, which was a major site of pilgrimage during the time it was compiled.