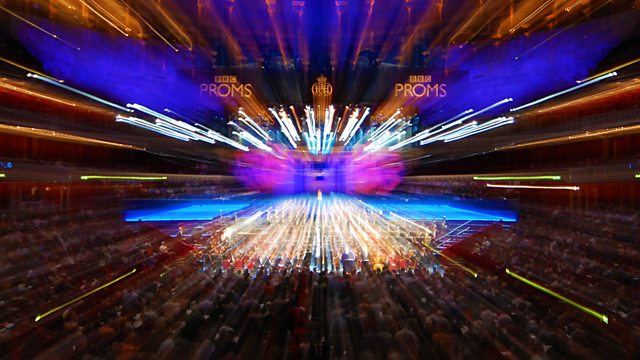 The magnificent theatre at Alexandra Palace originally opened in 1875 – the same year that Gilbert and Sullivan’s one-act operetta Trial by Jury was premiered. In this special ‘Proms at …’ event, Jane Glover conducts a concert performance of this Victorian comic masterpiece in the Palace’s theatre as its ambitious new refurbishment reaches completion. A first half of music by Sullivan’s contemporaries explores that favourite G&S theme of love and marriage.

Trial By Jury - Synopsis
Scene: A Court of Justice. The curtain rises on the Court of the Exchequer, where a Jury and the public assemble.

The chorus make known the course of events:
“For, today, in this arena,
Summoned by a stern subpoena,
Edwin – sued by Angelina –
Shortly will appear.”

The Usher, having marshalled the Jurymen into the Jury-box, gives them the judicial counsel to heed the plaintiff, "The broken-hearted bride," and not "the ruffianly defendant," for:
“From bias free, of every kind,
This trial must be tried.”

The Defendant (Edwin) arrives, and the jurymen greet him with hostility, even though – as he points out – they have, as yet, no idea of the merits of his case. He tells them, with surprising candour, that he jilted the Plaintiff because she became a "bore intense" to him, and he then quickly took up with another woman. The Jury admit that they were like that once, but they are now respectable gentlemen and have no sympathy for the Defendant.

The Usher orders silence as the Judge approaches. He enters with great pomp, and describes how he rose to his position – by courting a rich attorney's "elderly, ugly daughter". The rich attorney then aided his prospective son-in-law's legal career until "at length I became as rich as the Gurneys" and "threw over" the daughter. The Jury and public are delighted with the Judge, completely ignoring the fact that he has just admitted to the same wrong of which the Defendant is accused.

The Usher swears in the Jury, and the Plaintiff (Angelina) is summoned. She is preceded into the courtroom by her bridesmaids, one of whom catches the eye of the judge. However, when Angelina herself arrives in full wedding-dress finery, she instantly captures the heart of both Judge and Jury.

The Counsel for the Plaintiff makes a moving speech detailing Edwin's betrayal. At this, Angelina feigns distress and staggers first into the arms of the Foreman of the Jury, and then of the Judge himself. The Jury are outraged on her behalf, addressing the Defendant as “Monster”.

Edwin attempts to defend himself, explaining that his change of heart is only natural, and offering to marry both the Plaintiff and his new love, if that would satisfy everyone.

The Judge at first finds this "a reasonable proposition", but the Counsel argues that from the days of James II, it has been "a rather serious crime / To marry two wives at a time" (humorously, he labels the crime in question "burglary" rather than "bigamy"). Perplexed, everyone in court ponders the "nice dilemma" in a parody of Italian opera ensembles.

Angelina desperately embraces Edwin, demonstrating the depth of her love, and bemoans her loss – the extent of her woe serving as evidence of the large amount of damages that the Jury should force Edwin to pay.

Edwin, in turn, says he is a smoker, a drunkard, and a bully (when tipsy), and that the Plaintiff could not have endured him even for a day, so therefore the damages should be small. The Judge suggests making Edwin tipsy to see if his assertions turn out to be true, but everyone else (except Edwin) objects to this proposition.

Impatient at the lack of progress, and in a hurry to get away, the Judge resolves the case by offering to marry Angelina himself. Angelina is delighted by this proposal, which is found by all to be a satisfactory solution, and the opera is concluded with "joy unbounded".