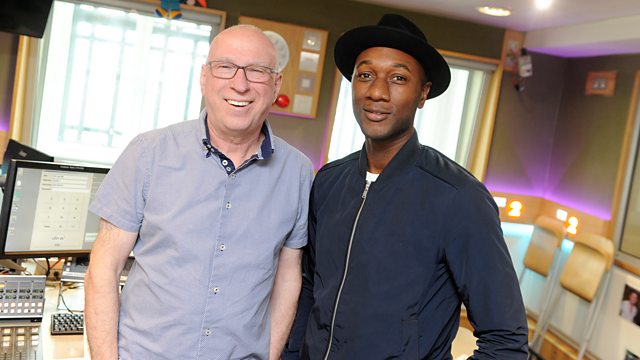 Aloe Blacc picks the Tracks of My Years

Aloe Blacc, the Grammy and two-time BRIT-nominated singer-songwriter picks the Tracks of My Years. Plus Ken has another round of the PopMaster music quiz.

Aloe Blacc, the Grammy and two-time BRIT-nominated singer-songwriter from California picks the Tracks of My Years with songs from Sam Cooke and Les McCann. Aloe released his debut major-label album ‘Lift Your Spirit’ in 2014 to huge acclaim, where it hit the top five on the UK and US charts. It followed the incredible success of singles’ ‘I Need A Dollar’ and ‘Wake Me Up’, his collaboration with the late DJ/Producer Avicii which became the fastest-selling single that year and a chart-topper in 100 countries. His last album also featured the number one record ‘The Man’, which reached the top 10 in the US, Australia, New Zealand and South Africa. His new album includes the latest single 'Brooklyn In The Summer' which Aloe says is 'electric with all kinds of energy' as he looks to celebrate the love in his life with the new music.

Plus Ken has another round of the PopMaster music quiz, the daily love song and record and album of the week. Plus if you want to contact the show, just email - ken.bruce@bbc.co.uk

Aloe Blacc picks the Tracks of My Years