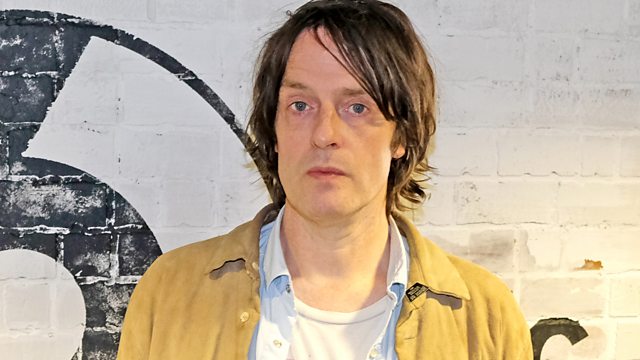 Jason Pierce, the man behind the acclaimed act Spiritualized, talks to Mark and Stuart about the new album 'And Nothing Hurts' which comes out next week. It is their eighth album and first in six years, with Jason having to learn a lot in a short space of time about the digital recording process, which was completely new to him, to get it made. Spiritualized formed in Warwickshire in 1990, with Jason being the only constant member over the past 28 years. Probably their most well known album, 1997's Ladies And Gentlemen We Are Floating In Space, was voted NME's Album of the Year.

Also on the show today… trusty show staple The Chain – where you, the listener, get the chance to link one track to the one before AS LONG AS IT DOESN’T REPEAT – and Teatime Themetime, where you could gain instant VIP backstage passes to the office biscuit tin by being first to guess what connects all three records. PLUS there’s Music News, with all the latest updates on what’s happening in the music world.