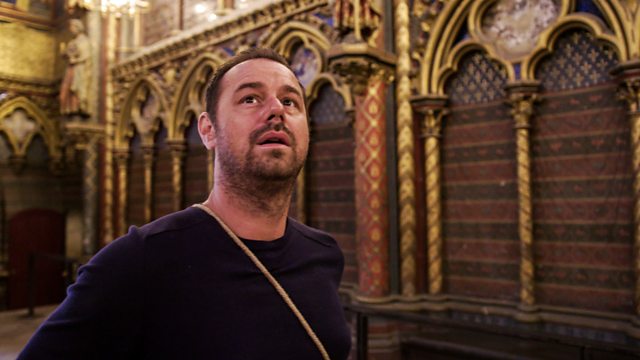 Following his discovery that he is descended from King Edward III, Danny Dyer delves into the lives of his royal and noble forebears to find out how they lived.

During his appearance on Who Do You Think You Are? Danny Dyer discovered he was descended from King Edward III, but in this two-part series Danny uncovers a bigger family tree with even more royal and aristocratic ancestors. Now Danny delves into the lives of his royal and noble forebears to find out how they lived, as he immerses himself in their pursuits, passions and lifestyles. From the Vikings to the Tudors, Danny dresses, eats and lives his way through his family tree. And, remarkably, his journey is a retelling of 800 years of British history, which is all there in his bloodline.

In this episode, Danny kicks off his journey by eating sheep's tongue and fighting like his Viking 35-times-great-grandfather Rollo. Following in the footsteps of his ancestor William the Conqueror, Danny tries his hand at hunting on horse and foot.

At Dover Castle Danny is treated like a king in his very own royal residence, and in Paris Danny's piety is tested when he lives for a day like the French King Louis IX.