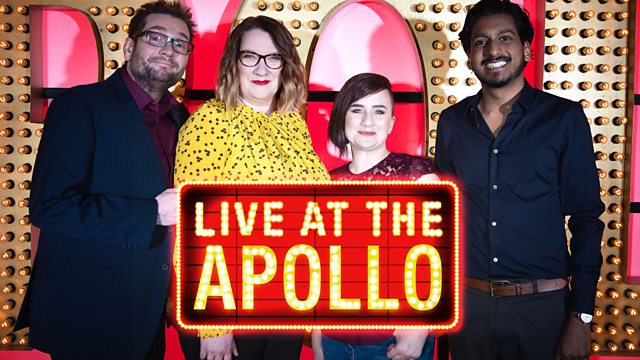 The Bafta-nominated Live at the Apollo returns to BBC Two for its fourth annual Christmas special, welcoming some of the biggest and best comedic talent to the stage for some yuletide frolics.

At the forefront of its genre, the roll call of stand-ups who have performed in front of the famous Live at the Apollo lights plays out like a who's who of comedic royalty, and this series is no different. Each episode sees a national (and sometimes international!) stand-up compering and performing, before introducing three of the best established and up-and-coming stand-ups to the stage.

In this special festive edition of the award-winning show, the funny and fabulous Sarah Millican introduces king of the one-liner Gary Delaney, the effervescent Laura Lexx and the incredibly sharp Ahir Shah to the stage.