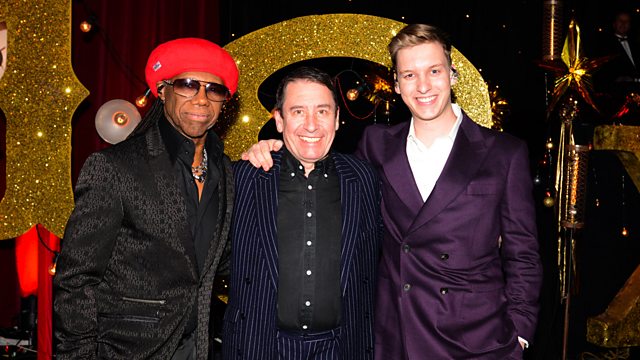 Michael Buble performs classic songs in a big band style from his latest Love album, including his take on Elvis Presley's Such a Night. North London's own disco queen Jess Glynne performs a unique version of her number one smash I'll Be There, and Nile Rodgers and Chic drop big band versions of their floor-filling late 70s party classics.

Also performing is former Soft Cell frontman Marc Almond, who has been on the road and collaborating on an album with Jools. This episode introduces up-and-coming Bristol-based country-soul queen Yola Carter, who now goes by the name of Yola and whose debut album Walk through Fire, out in early 2019, fuses Glen Campbell-style melodies with Yola's committed soul stylings and was produced by The Black Keys' Dan Auerbach. There is a rare appearance by British soul star Junior Giscombe, whose Mama Used to Say was the first major R&B hit by a UK soul singer in the US, and who returns next year with an album tinged with his first love of reggae. There is also the queen of boogie-woogie herself, Ruby Turner, ready to ignite the studio with her powerful gospel vocals.

Also joining Jools in the winter wonderland of his enchanted studio are star of the year George Ezra, whose second album Staying at Tamara's includes two million-selling singles Shotgun and Paradise, and whose big band offers a jaunty update on the jug band sound of the mid-60s, and London dance collective Rudimental, who are about to drop their third album Toast to Our Differences, which includes the big hits they play tonight - These Days, featuring Jess Glynne and Dan Caplen, and The Sun Comes Up, featuring James Arthur. Add in some straight ahead rock 'n' roll from LA-based trio The Record Company, whose lead single Life to Fix has helped their second album All of This Life dominate the Americana charts in 2018, plus the unique marching band stylings of New Orleans's brass band The Hot 8 Brass Band, who tour the UK in early 2019 and who have just released their life-affirming take on Joy Division's Love Will Tear Us Apart.

Throw in the Midnight Moment with the Pipes & Drums of the 1st Battalion Scots Guards, and a surprising blend of party guests from the worlds of stage and screen offering us their resolutions and predictions, flanked by the odd character from the world of cabaret, late on 31 December on BBC Two is undoubtedly the moment to Hootenanny! 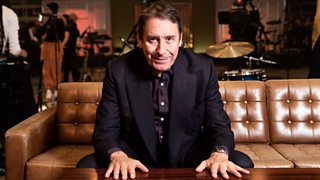