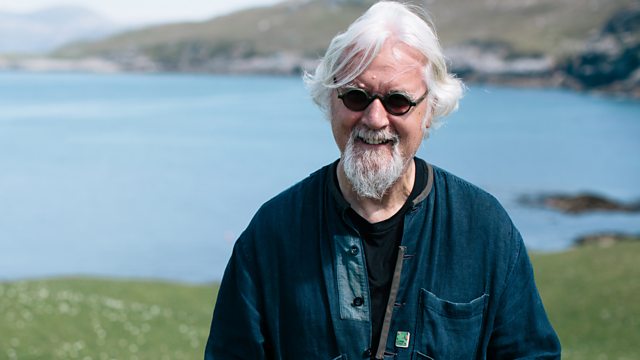 Billy Connolly: Made in Scotland Series 1
Episode 2 of 2

This final instalment finds Billy back in the Scotland of his childhood, where he reveals that knitted woolly swimming trunks were not a figment of his imagination.

In British comedy there is a line in the sand and that line is Billy Connolly. Before he found fame on an international level, British comedy was an end-of-the-pier kind of affair - but through sheer talent and force of personality, Connolly ploughed a different and deeply personal yet universal approach to comedy and in doing so he changed the face of British comedy forever.

He has been called the Beatles and Jesus of comedy by his peers and an immature 'manure mouth' by the leader of the Scottish Zion Baptist Church. So say what you like about him, but you can't deny everyone wants to know him. And that is what Made In Scotland is about - it is Billy as you have never seen him before - intimate, deeply personal and very funny.

Weaved around personal accounts and interviews from famous faces, Billy's life is revealed in all its glory - a shaggy dog story approach to his work - and one that has turned him from Billy Connolly the welder into Billy Connolly - The Big Yin.

This final instalment (featuring Eddie Izzard, Ross Noble, Micky Flanagan, AL Kennedy, Tracey Ullman, Val McDermid, Sharleen Spiteri and Eddi Reader) finds Billy back in the Scotland of his childhood, where he reveals that knitted woolly swimming trunks were not a figment of his imagination.

See all episodes from Billy Connolly: Made in Scotland