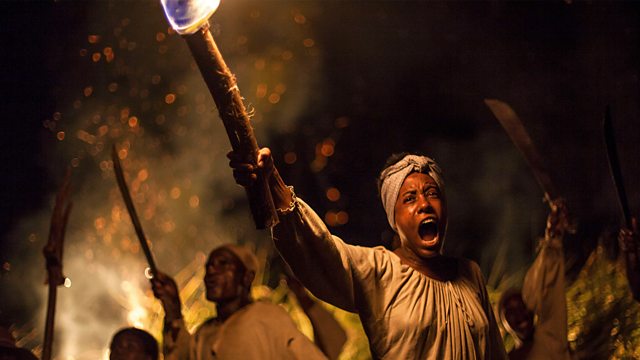 The Long Song Series 1
Episode 1 of 3

Born a slave, July is taken from her mother to a plantation house and forced to work for the odious Caroline. But as she matures she starts to learn how to handle her new mistress.

July is born to a field slave Kitty (Sharon Duncan-Brewster) at the Amity sugar cane plantation, run by John Howarth (Leo Bill) and his younger sister Caroline. On a spoilt whim, Caroline decides she wants to train the adorable July as her personal maid. So, as a young girl, July is taken from her mother and forced to live in the great house. As July grows up and becomes a teenager, she learns how to ‘handle’ her mistress with her own small victories along the way.

The Christmas riots and the abolition of slavery turn the world of Amity upside down and throw July’s destiny into question. But when order is restored and a new overseer Robert Goodwin (Jack Lowden) arrives at Amity, July and Caroline are both intrigued by his seemingly revolutionary plans to improve the plantation. Could his ideals change everything?
Cast includes Tamara Lawrance as July, Hayley Atwell as Caroline Mortimer, Jack Lowden as Robert Goodwin, Sir Lenny Henry as Godfrey, Doña Croll as Old July, Sharon Duncan-Brewster as Kitty, Ayesha Antoine as Molly, Arinzé Kene as Thomas, Ansu Kabia as James Richards, Jordan Bolger as Nimrod, Joy Richardson as Miss Rose, Madeleine Mantock as Miss Clara and Leo Bill as John Howarth.

See all episodes from The Long Song