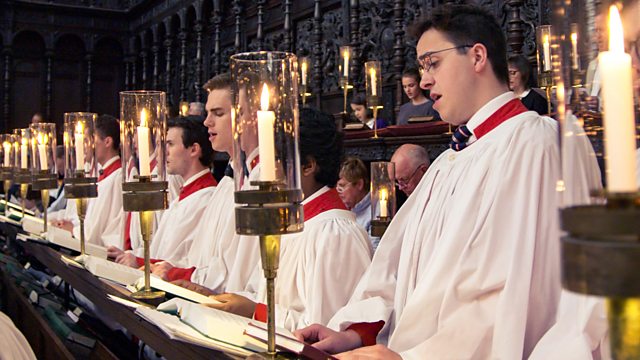 Documentary following the world's most famous choir through a special year of music, in the centenary year of the Festival of Nine Lessons and Carols from King's.

Share the magic of the world's most famous choir through a special year of music, in the centenary year of the Festival of Nine Lessons and Carols from King's. With exclusive access to King's musical performances throughout 2018 and to their preparations for Christmas, discover what makes this one of the best choirs in the world.

A Festival of Nine Lessons and Carols began 100 years ago at the end of WW1 and remains an unbroken tradition at King's. It was one of the earliest BBC radio outside broadcasts and has become central to Christmas celebrations. The programme discovers what draws people to this service, and travels across the world for a chance to join the choir in the beautiful King's Chapel.

Taking us with them are boy choristers who attend King's College School, including Jack and Vladimir, and choral scholars Joe and James.

Along the way, we talk to former members of the choir, like 101-year-old David Briggs who sang in the first radio broadcast. The programme is introduced to Master of the Queen's Music, Judith Weir, whose new piece, O Mercy Divine, will be premiered at this year's service, and the people behind the scenes who help make this choir outstanding.

This year will be the final Christmas with the choir for Director of Music Stephen Cleobury, who is stepping down after 36 years.

See all episodes from Carols from King's

BBC Radio 4: A Festival of Nine Lessons and Carols 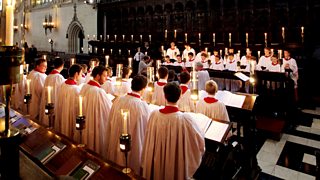 Atmospheric coverage of the annual festival from King's College, Cambridge