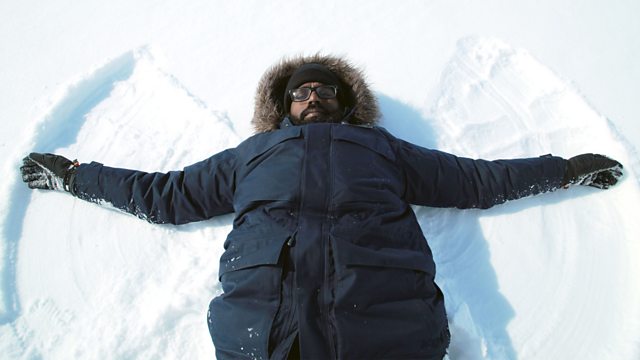 The Misadventures of Romesh Ranganathan

Romesh Ranganathan heads to one of the coldest environments on earth. He gets an insider's guide of the Canadian Arctic and finds out if his preconceptions about it are right.

Comedian and TV presenter Romesh Ranganathan is travelling the furthest he's ever travelled outside of his cosy comfort zone as he heads to one of the coldest and most hostile environments on earth. Romesh gets an insider's guide to the Canadian Arctic and finds out if his preconceptions about this remote part of the world are right, or whether there is more to this area than the prospect of freezing to death or being eaten by a polar bear.

Travelling across frozen wastelands to spend a week in the largest territory of Canada, he is guided by his host - Inuit athlete, movie star, youth ambassador and renowned hunter Johnny Isaaluk.

As well as the beauty and the majesty of the frozen scenery Romesh also encounters a different side to the Arctic as he gets to grips with the hunters' way of life just to survive (as a vegan he's just considered to be an incompetent hunter). He also witnesses an erosion and resurgence of Inuit traditions and discover why alcohol is often restricted in the communities.

So has Romesh got it wrong about the Arctic? Romesh sets off to find out if there is anything worth travelling there for.

See all clips from Christmas (4)