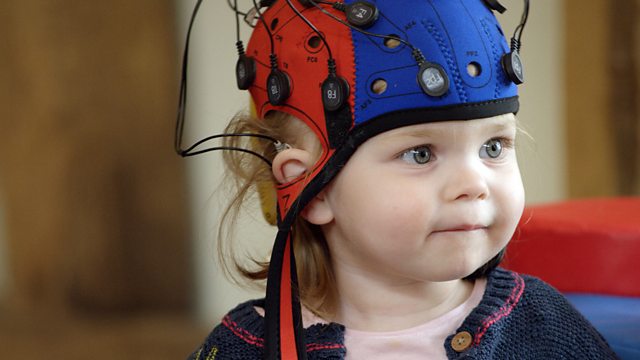 Documentary. Episode three reveals how crawling transforms our understanding of the world, when our memory first develops and how we learn to talk.

Three-part science series presented by pediatrician Dr Guddi Singh, bringing together over 200 babies and scientists from around the world to take part in one of the most ambitious scientific studies about babies ever attempted. With cutting-edge experiments we explore how the incredible changes that happen in the first two years of life make us who we are.

The final episode investigates the latest research into how we become independent. The show looks at the huge transition babies make as they learn to crawl. New research suggests that crawling triggers a new understanding about the world and its hazards. Professor Elisabeth Hill tests newly crawling babies with a visual cliff - an optical illusion made of perspex that looks like a sheer, vertical drop. Babies that have only just begun to crawl go straight across the perspex, apparently unaware of the potential danger. Babies who have been crawling for longer react to the drop and stop on the cliff edge, showing greater understanding of danger in their environment.