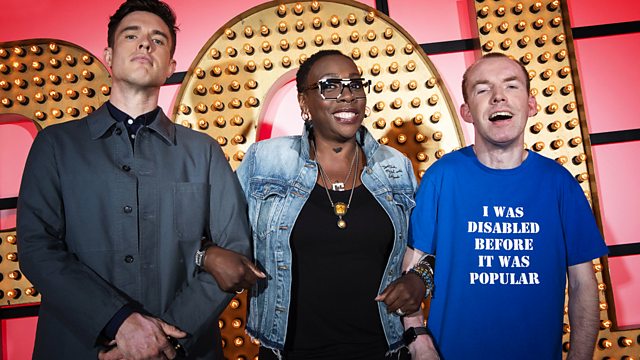 Stand-up comedy from the Hammersmith Apollo. The uproarious Gina Yashere hosts and introduces Lost Voice Guy and Ed Gamble to the stage.

The Bafta-nominated Live at the Apollo returns to BBC Two for a highly anticipated 14th series with seven episodes, including a Christmas special. At the forefront of its genre, the roll call of stand-ups who have performed in front of the famous Live at the Apollo lights plays out like a who's who of comedic royalty, and this series is no different. Each episode sees a national (and sometimes international) stand-up compering and performing, before introducing two of the best established and up and coming stand-ups to the stage.

This third episode is hosted by the uproarious Gina Yashere, as she introduces 2018 Britain's Got Talent winner Lost Voice Guy and the brilliant Ed Gamble to the stage.