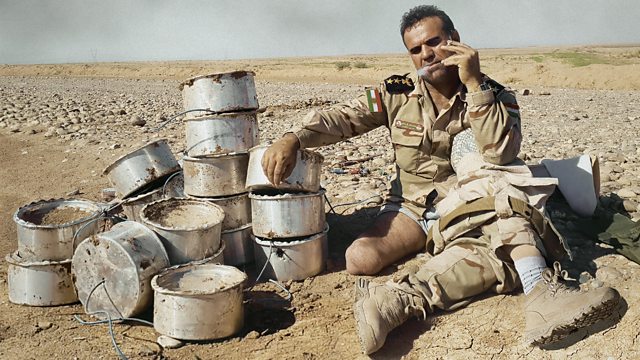 A Storyville documentary about Fakhir Berwari, a bomb disposal expert who disarmed thousands of landmines in Iraq with just a pocket knife and a pair of wire clippers.

The heart-stopping story of 'Crazy Fakhir', a Kurdish colonel in the Iraqi army and legendary bomb disposal expert who single-handedly disarmed thousands of landmines across the country with just a pocket knife and a pair of wire clippers.

Between the fall of Saddam Hussein in 2003 and the chaos and destruction wreaked by IS ten years later, Fahkir's unwavering bravery saved thousands of lives throughout Iraq. 'Hurt Locker Hero' tells Fakhir's story through the raw and visceral amateur footage captured by his soldiers on a camcorder intended for filming family occasions. Instead, it records Fakhir endlessly snipping wires, searching family homes and digging out roadside IEDs, insisting it's too dangerous to wait hours for the highly trained American bomb disposal teams to arrive.

Whilst their father and husband becomes a hero, Fahkir's wife and eight children struggle to make ends meet and worry endlessly about his safety. Fakhir will be remembered as the man who risked his life to save others -'If I fail, only I die, but if I succeed, I can save hundreds of people.'.

Poisoning America: The Devil we Know