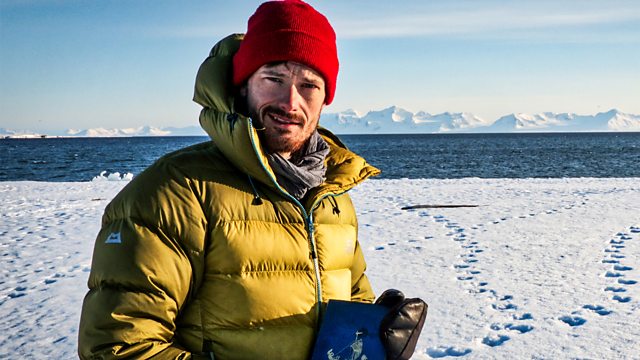 Ulster to the Arctic – A Gentleman’s Adventure

Adventurer and travel writer Leon McCarron retraces part of the 1856 voyage to the Arctic made by one of his heroes, Lord Dufferin.

Adventurer and travel writer Leon McCarron retraces part of the 1856 voyage to the Arctic made by one of his heroes, Lord Dufferin. In June 1856, the 1st Marquess of Dufferin and Ava, Frederick Hamilton-Temple-Blackwood, left his home in Bangor to travel across Scotland and on to the Arctic in a small sailing schooner. After travelling 6,000 miles in four months, Lord Dufferin published a best-selling account of his journey and in the process set the course for the rest of his life. He became the most outstanding diplomat of the Victorian era, a charming fixer solving international and domestic disputes everywhere from Canada to Burma.

Leon McCarron recreates this seminal voyage by following the accounts written in Lord Dufferin's book, introducing us to some of the stories of this extraordinary man. Leon considers Dufferin's family background, his Ulster-Scots heritage, his drive for adventure and achievement, and explores the parallels with his own background and adventurous life a century and a half later.

We reveal how the Scottish part of that first epic journey and his passion for Sir Walter Scott impacted Lord Dufferin's future, his Clandeboye estate, and the landscape of North Down as we know it today.