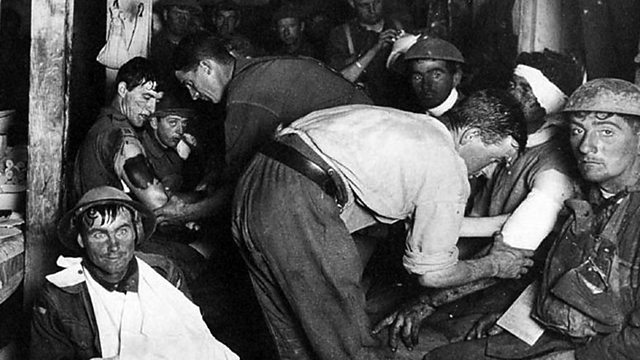 Dan Snow breaks the silence around the devastating impact of war on the mental health of our soldiers, through moving conversations with veterans.

Historian Dan Snow breaks the silence around the devastating impact of war on the mental health of our soldiers. For 100 years, men and women who risked their lives for their country have continued to suffer on their return. In this film for BBC Two, Dan explores the challenge presented by an ongoing mental health crisis among war veterans. Dan discovers how the shell shock of WW1 has evolved into the cases of PTSD that modern soldiers suffer with today. Shockingly, lessons learnt from previous conflicts were soon forgotten. Battle trauma leads to alcoholism, broken families, violence and suicide on a shocking scale in the UK. He asks military psychiatrists and experts why we're still struggling to help the psychiatric casualties of war.

Dan shares frank and moving conversations with veterans of World War Two, the Falklands and Afghanistan, and also with relatives of those who fought in World War One. Jimmy Smith was traumatised after fighting in many of the major battles of the Great War. He was sentenced to death by court martial at only 26 years old for misbehaviour and desertion. A few decades later, Victor Gregg's marriage collapsed after witnessing the horrific violence of WWII bombing raids as a prisoner of war in Dresden. With each subsequent war, the symptoms changed, but the story remained the same. Ex-paratrooper Dave Brown has struggled with adjusting to civilian life since his service in the Falklands. Sean Jones survived an IED attack in Afghanistan in 2008. He was sent back for a second tour, without realising that he had been diagnosed with suspected PTSD.

Dan has many close family ties to the military campaigns of the First World War. Delving into previously unseen archives he reveals the difficult history of how Britain has reacted to the psychological consequences of warfare.