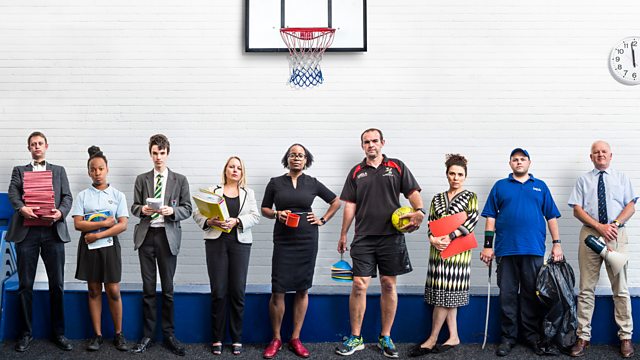 Documentary series following pupils, teachers, parents and school leaders across an academic year. Budget cuts and student anxiety are amongst the challenges facing the school.

Documentary series following the intimately connected experiences of pupils, teachers, parents and school leaders across an academic year, in all their complexity. More public money is being spent on education than ever before, but financial pressures and the number of teachers quitting the profession continue to rise. The series unpicks the connections between key decisions and their human impact, right across the system. At stake is the future of Britain's next generation - what should we expect of our teachers, our children and ourselves?

It's a new academic year and budget cuts start to bite at The Castle, the largest and most successful school in south Gloucestershire's Castle School Education Trust.

Sixteen-year-old Chloe is struggling to deal with the pressure of her forthcoming GCSEs, walking out of one of her mock exams after suffering an anxiety attack. She wants to be a forensic scientist, but must overcome her fears as the real exams approach.

Twelve-year-old Chelsea, one of the brightest students in her year group, is struggling to settle into her first year of secondary school. When she deliberately sets off a fire alarm and the entire school has to be evacuated, head teacher Angie Browne sees it as a cry for help from a talented child trying to fit in and decides to intervene personally.

Angie, newly appointed as interim head, is struggling to maintain the school's high standards whilst overseeing significant budget reductions. Within 18 months the Trust's cash reserves will be exhausted. Angie must break the news to her colleagues that they face pay cuts of up to £6,000.

See all episodes from School

Find out about pupil well-being and inclusion, plus more on how schools work 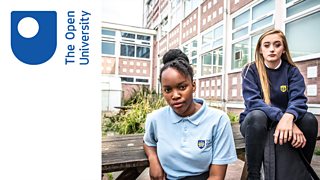 Look further into the education system with the OU.