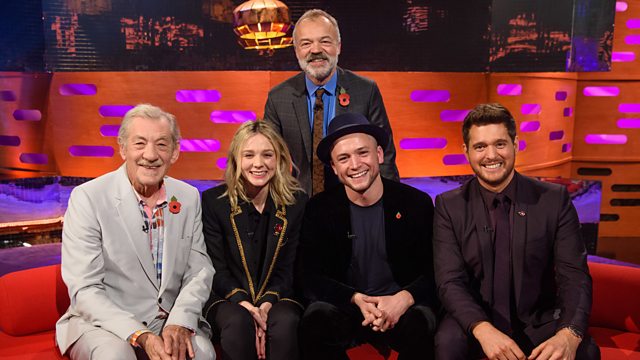 Graham is joined by Sir Ian McKellen, Carey Mulligan, Taron Egerton and Michael Buble, who performs I Only Have Eyes for You from his new album.

Graham is joined by star of stage and screen Sir Ian McKellen, talking about his one-man stage show, Oscar-nominated actress Carey Mulligan, in new US drama Wildlife, Kingsman star Taron Egerton, playing Robin of Loxley in the new Robin Hood, and singing star Michael Buble, who chats and performs I Only Have Eyes for You from his new album.