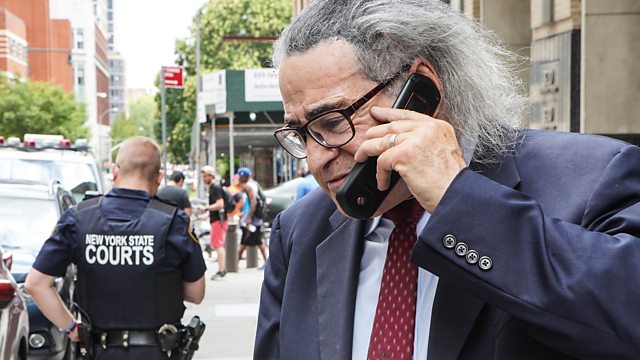 I'll Rest when the Enemy Rests

Four-part series that follows the exploits of attorney at law Howard Greenberg, a man who practises criminal law like you have never seen before.

It is summer in New York and tensions are rising in the Greenberg Law office. As the series draws to a close, the practice is overrun with work. Cases pile up, court dates need attending and Howard has another major trial on the horizon. As the final episode begins, Howard and junior attorney Jonathan are at loggerheads over this ever-mounting work schedule. Jonathan feels that Howard makes unreasonable demands on his time. He is also under pressure from his girlfriend over his work-life balance. So it is no surprise that tempers flare when Howard lectures Jonathan that he needs to be more flexible. Lena, as ever, is caught in the middle.

As we see throughout this episode, the increased workload stems from Howard's belief that he should never turn down a case, no matter how big or small. For him, being a defence attorney means doing whatever it takes to help his clients. Working weekends or driving miles out of town for a court date is all part of the job. But does Jonathan share Howard's commitment?

As the episode continues, Howard takes on another big murder trial. But this time there is an intriguing twist: his client doesn't deny he did it - it's just a question of 'why?' The prosecutor says it is cold-blooded murder. The defendant claims he stepped in to help a woman in distress who was being stalked by the deceased. But this mystery woman has disappeared. With nothing to corroborate the story, the prosecutor is in a strong position to gain a murder conviction. With the trial approaching Howard 'goes to the mattress' - hunkering down in his Staten Island apartment to pore over the evidence. Can he find the crucial missing jigsaw piece to back up his client's story?

After 25 years together, Marie knows that her husband is a workaholic. But if there is one thing she could change about Howard, it is the lack of romance in their marriage. And, in this episode, she tries to change this state of affairs. Her best friend Jen recommends that Marie get hold of a relationship manual to identify ways she and Howard can reconnect. Could this be the key to re-sparking their marriage?

As the series draws to a close, the workload continues to pile up. But Jonathan thinks he's found a solution: hiring in a new lawyer to help spread the load. Howard seems sceptical at first, but when the perfect candidate turns up for an interview he soon changes his mind. As we leave the Greenberg Law Office for the final time, is there a feeling that Jonathan could end up playing second fiddle to this new recruit?

See all clips from I'll Rest when the Enemy Rests (3)