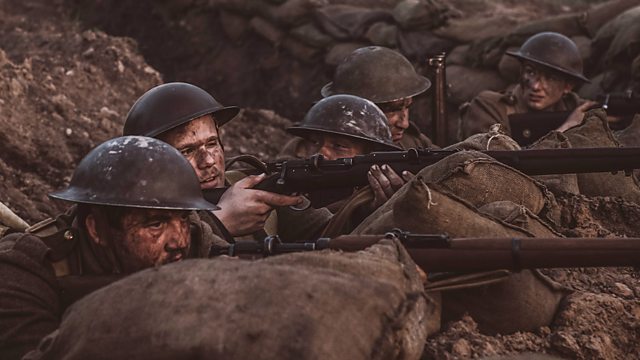 Two-part series charting how the Allies won World War I. After defeating the Germans at Amiens, the Allies need to find a way to smash through the Hindenburg Line.

The Allies win a great victory at Amiens. The tide is turning, but the victors are under no illusions. The German Army remains a daunting fighting force and it has an ace up the sleeve: the Hindenburg Line - the most formidable defensive system in military history. If the Allies are to have any hope for victory, they need to find a way to punch through Germany's wall of steel.

The generals formulate an ambitious plan incorporating newly minted 'combined arms' tactics on a massive scale. They commit artillery, tanks, aircraft and troops in careful concert, to attack the Hindenburg Line in the centre, the north and south. It becomes clear that only the combined might of the Allies on the Western Front can finally defeat Germany.

The generals lead their forces in a series of battles to break the line. The Canadians get close, the French get close, then on 29th September 1918, a combined Australian, British and American force breaks through. The Germans have no answer to this onslaught and soon seek peace negotiations.
Today, we widely remember Gallipoli, the Somme and Passchendaele. All were failures. And yet, the extraordinary achievements by the Allied armies on the fields of France in the final months of World War I should also be remembered. At Amiens and the Hindenburg Line, the Allies - spearheaded by the Australians and the Canadians - forced a crushing defeat upon Germany to win the war in what some call the finest feat of arms of the 20th Century.

See all episodes from 100 Days to Victory