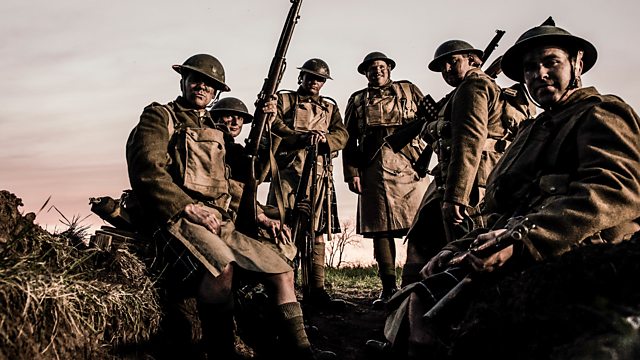 Series charting how the Allies won WWI. This episode examines the lead up to the 'combined arms' coordination of artillery, tanks, aircraft and infantry.

We meet the commanders and men in early 1918, at the moment of maximum jeopardy. The Germans have launched a mighty 'shock and awe' attack, advancing more than 60 kilometres in only three days. Standing in their path are British, Australian, Canadian and French forces, while the Americans are still arriving to join the fight.

The onslaught triggers a leadership crisis: Field Marshal Haig and Marshal Foch ask Australia's General Monash and Canada's General Currie to perfect a new way of waging war - one that will deliver ultimate victory. Monash and Currie conclude that the only way to victory is to effectively achieve the 'combined arms' coordination of artillery, tanks, aircraft and infantry - on a massive scale. It is the birth of modern warfare. By August, they are ready for what will become a major turning point in the war: the Battle of Amiens.

See all episodes from 100 Days to Victory