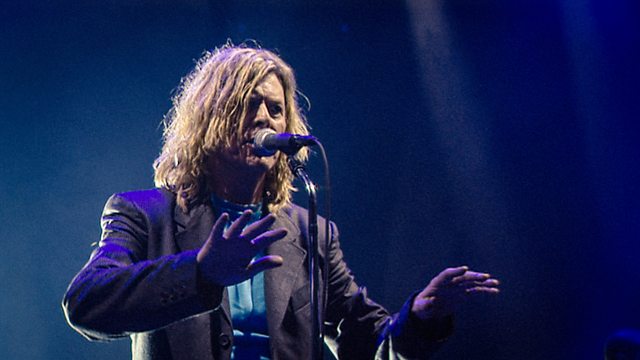 An hour of highlights, including previously unbroadcast hits, from David Bowie's performance at Glastonbury 2000.

On Sunday 25 June 2000, David Bowie closed Glastonbury with a two-hour performance. Only half an hour or so of that stunning set was broadcast on BBC television that night at Bowie's insistence. At the time, the BBC were heavily criticised for coming off Bowie after broadcasting the first five songs of the set live and only returning for a couple of encore songs at the end of the show. Fortunately the cameras kept rolling and captured the whole set.

This programme features an hour of highlights from that performance, including such previously unbroadcast hits as Ashes to Ashes, Starman and Let's Dance. Bowie was returning to the festival for the first time since 1971. His star was not in the ascendant after the Tin Machine era and such 90s solo albums as Outside, Earthling and Hours. But from the moment he walked out on the Pyramid Stage, resplendent in an Alexander McQueen frock coat with his hair in Hunky Dory mode, and launched into Wild is the Wind, it was clear that he had decided to embrace and fully restate both his catalogue and his legend. Arguably it was Bowie's greatest live performance since the 70s.

After a heart attack in June 2004 while at the end of the 110-plus dates of A Reality Tour, Bowie never played live with a band again. His final stage performance was at a private Aids benefit show with pianist Mike Garson in 2006.