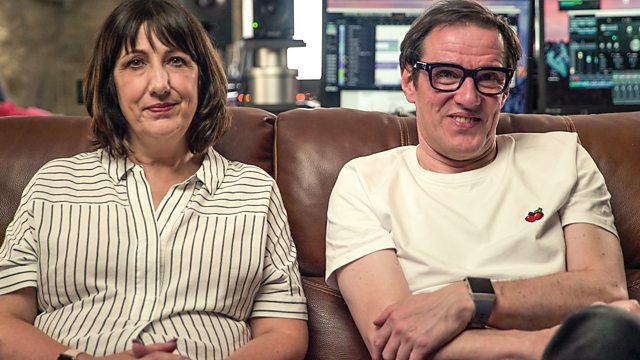 Synth & Beyond with Stephen Morris and Gillian Gilbert

New Order's Stephen Morris and Gillian Gilbert reveal their personal playlists and the surprise reasons behind an eclectic selection ranging from punk to pop.

New Order's Stephen Morris and Gillian Gilbert unpack a playlist of electro, pop and new wave classics spanning four decades. Stephen and Gillian have been married for 24 years and have been in New Order together for even longer, but they still manage to surprise one another with their musical tastes. While Stephen declares Captain Beefheart an early influence, Gillian confesses her teenage love for a disco classic. During an hour of top tunes, Stephen also reveals the moment he was mistaken for Stevie Wonder, and Gillian recalls how her Dad was a fan of punk.

From Kraftwerk to Can, David Bowie to Kate Bush, Magazine to Grace Jones and many more, this stellar playlist by Stephen and Gillian is brimming with iconic performances.