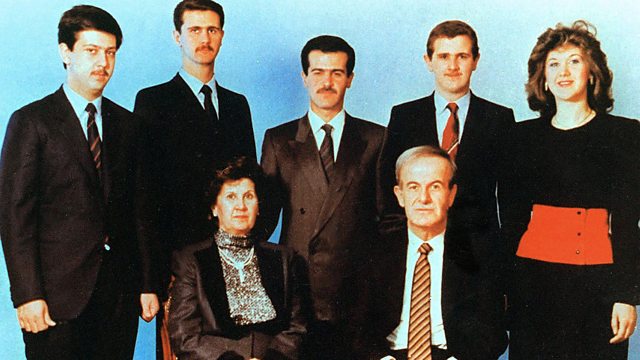 A Dangerous Dynasty: House of Assad Series 1
Episode 1 of 3

The story of the Assad dynasty. Following Bashar and Asma's journey to become president and first lady of Syria against the backdrop of a troubled and suspicious family.

Three-part series delving into the story of the Assad dynasty. Right at the centre of it are President Bashar and his wife Asma, who met and fell in love in London. Bashar al-Assad trained to be an eye doctor at St Mary's Hospital in Paddington and Asma was a British-born girl from a Syrian family with a career in investment banking. Over a decade ago, they were being welcomed with open arms in Britain. Today, they are entrenched in a brutal war that has led to some of the most horrifying crimes of modern times. Told through rarely seen footage and testimony of those who knew them, worked with them and studied them, the series explores how the couple, who at first were seen as a modernising force, ended up running a regime accused of war crimes.

Episode one follows Bashar and Asma's journey to become president and first lady of Syria against the backdrop of a troubled and suspicious family. Bashar's father Hafez, an old-fashioned Middle East dictator who saw off six US presidents, had Bashar's older brother in mind as the next president. When he died in a car accident, a completely unprepared Bashar was the next in line for the job.

See all episodes from A Dangerous Dynasty: House of Assad