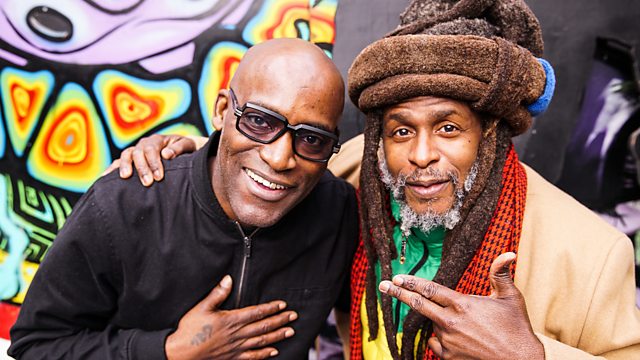 British rapper Rodney P tells the extraordinary story of how Grime rose from the council estates of East London to become the most important British musical movement since punk.

Presented by Rodney P, the 'Godfather of British rap', who has been making hip hop with a British accent since the 1980s, this one hour film celebrates the extraordinary story of how Grime rose from the council estates of a few streets in East London to become the most important British musical movement since punk.

Through personal encounters with key pioneers from the last four decades of British black music, Rodney discovers that the success of Grime rests upon the original styles and contributions of previous generations of artists and learns that Grime can only be truly understood when viewed as part of a broader social narrative and ever-evolving musical culture that goes back to the 1980s.

As the first generation of British born black youth came of age in the 1970s and ‘80s, the natural medium for their artistic expression was the sound system culture brought over from Jamaica by their parents and grandparents. The first major breakthrough in the evolution of a homegrown sound came in the 1980s when young reggae MCs started telling their stories in a blend of patois and cockney, reflecting the mixed multicultural environments of the British inner cities they grew up in.

By the time Rodney became a rapper in the mid 1980s the new sound of the streets was American hip hop. Nowadays it would be unthinkable for a Grime artist to adopt an American twang but back then when Rodney’s crew London Posse started rapping in their own south London accents it was a breakthrough, establishing another plank of Grime. In the early 90s, reggae toasting, British accents and sped up hip hop beats came together for the first uniquely British black music genre - Jungle. And as the decade wore on another new sound – UK Garage reflected the aspiration and optimism of Blair’s cool Britannia. But the feel good party music of UKG was never a platform for stories of struggle and hardship, and for the new generation of kids growing up on the grim council estates of east London a harder sound was needed. Made on phones in bedroom studios a new sparser and more aggressive sound emerged. Spread via the networks of illegal pirate radio stations and promoted by underground DVDs in the pre-YouTube era, London at the turn of the millennium saw the arrival of a new grimier sound where tracks were built for MC crews to rhyme over. At first no one knew what to call it but Grime had been born.

Almost 20 years on from those first beginnings, Grime how dominates the charts and the awards ceremonies, and even influences politics. Some of its biggest names are now international celebrities and many of them remain independent, signed to their own labels and controlling their own careers. Grime is now not just a genre, it’s a way of life and, built on the foundations laid down by black British artists over the decades, it represents a defiant spirit and an independent attitude that is here to stay.