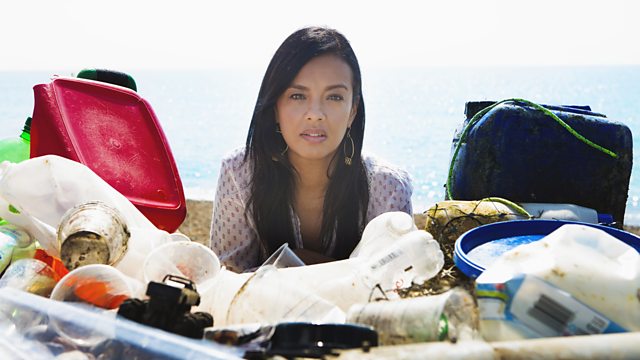 Wildlife biologist Liz Bonnin works with some of the world's leading marine biologists and campaigners to discover the true dangers of plastic in our oceans.

Our blue planet is facing one its biggest threats in human history. Trillions of pieces of plastic are choking the very lifeblood of our earth, and every marine animal, from the smallest plankton to the largest mammals, is being affected. But can we turn back this growing plastic tide before it is too late? In this 90-minute special, wildlife biologist Liz Bonnin visits scientists working at the cutting edge of plastics research. She works with some of the world's leading marine biologists and campaigners to discover the true dangers of plastic in our oceans and what it means for the future of all life on our planet, including us.

Liz travels 10,000 miles to a remote island off the coast of Australia that is the nesting site for a population of seabirds called flesh-footed shearwaters. Newly hatched chicks are unable to regurgitate effectively, so they are filling up on deadly plastic. Then, in America, she joins an emergency mission to save an entangled grey seal pup found in some of the world's busiest fishing areas, and visits the Coral Triangle that stretches from Papua New Guinea to the Solomon Islands to find out more from top coral scientists trying to work out why plastic is so lethal to the reefs, fragile ecosystems that contain 25 per cent of all marine life.

Liz learns that the world's biggest rivers have been turned into huge plastic arteries, transporting 50 per cent of all the plastic that arrives in the ocean. She travels to Indonesia, where she watches a horrifying raft of plastic rubbish travel down one of the main rivers, the Citarum. Here, 60 per cent of fish species have died, so fishermen are now forced to collect plastic to sell instead of fish.

With the world only now waking up to this emerging crisis, Liz also looks at whether scientists have found any solutions. She meets the 24-year-old inventor of a monumental 600-metre construction that will travel across the ocean's 'garbage patches' collecting millions of pieces of plastic pollution. She also meets a local environmental campaigner who is working with volunteers and the Indonesian army to clean up the worst affected areas, and a young entrepreneur who has invented an alternative to plastic packaging that is made from seaweed. Plastic in our oceans is one of the greatest environmental challenges of our time, and this film hopes to add to the urgent and vitally important debate about how to solve this global crisis.

See all clips from Drowning in Plastic (3) 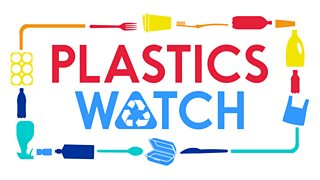 Everything you want to know about plastics and how to get involved with Plastics Action.