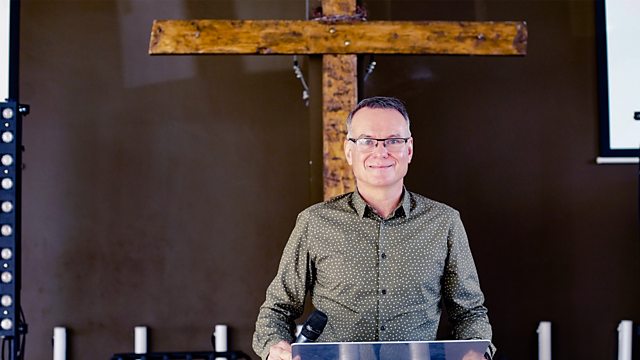 Access-all-areas documentary following Christians Against Poverty, asking whether the charity's motivation is debt relief or bringing people to Jesus.

Across Britain more than four million people have debts considered unsustainable. Responsibility for advising and helping these vulnerable people is increasingly falling to charities. One of the biggest is Christians Against Poverty (CAP), led by its charismatic founder, Dr John Kirkby CBE, pictured.

In this access all areas documentary, director Phillip Wood follows Dr Kirkby and some of the charity's debt coaches. CAP has more than 6,000 staff and volunteers around the country providing help to people who often face losing their homes. The film shows how the home visits often include an offer to pray with clients and asks whether the real motivation is debt relief or bringing people to Jesus, or both.

One of the debt coaches featured is Gaz, who has overcome homelessness, dependency issues and losing a marriage before becoming a born-again Christian. He now works for CAP, and in the programme travels to meet donors in Jersey to help raise funds for the charity and to share with CAP's clients the story of his road out of debt.

Holly has been in debt all her young life and lives alone. She can barely afford to heat her home and is desperate for a change in circumstances. Her debt coach takes Holly under her wing as she tries to transform her life.

Ronnie was on remand for over two years before he was found not guilty. When he was released from jail he found himself homeless and in debt. He now lives alone in a bedsit, suffers from mental health issues and thinks life in jail was better. His debt coach Neil introduces Ronnie to Christianity - but Ronnie isn't sure what to think.

See all clips from The Debt Saviours (5)