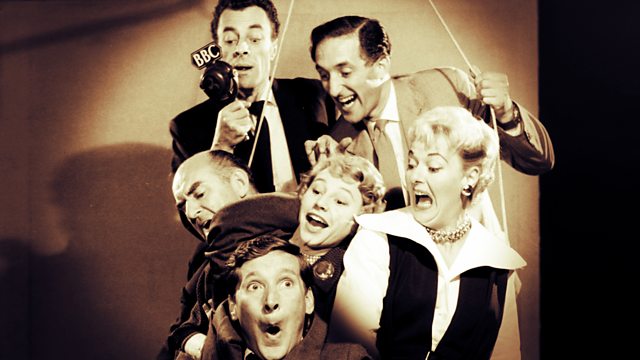 4 Extra Debut. Kenneth hosts 'Next Question, Please' in Cornwall and Hornerama looks at education. With Kenneth Williams. From October 1958.

A madcap mix of sketches and songs, Beyond Our Ken hit the airwaves in 1958 and ran to 1964 - featuring regulars like Arthur Fallowfield, Cecil Snaith and Rodney and Charles.

The precursor to 'Round The Horne' - sadly only 13 shows survive from the original run of 21 episodes in Series 1. Audio restored using both home and overseas (BBC Transcription Service) recordings.

First broadcast on the BBC Light Programme in October 1958.

See all episodes from Beyond Our Ken