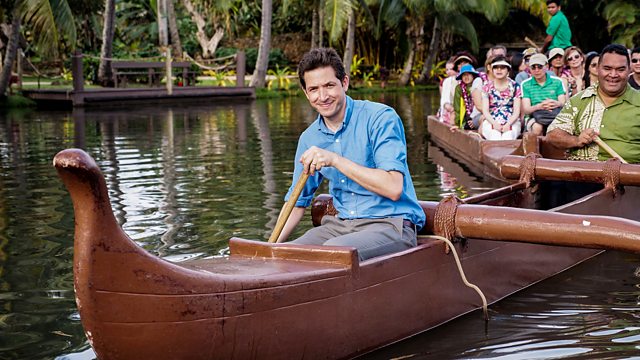 Oceans Apart: Art and the Pacific with James Fox Series 1

Documentary series. In his exploration of the collision of the West and Pacific culture, James Fox explores how the West has created a vision of Polynesia as paradise.

Continuing his exploration of the collision of the West and Pacific culture, James Fox explores how, ever since Captain Cook's voyages 250 years ago, the West has created a myth of Polynesia as paradise and, in doing so, destroyed the riches of indigenous culture.

He travels across the Pacific to uncover the sites and masterpieces of pre-contact Polynesian art, from the religious complex Taputapuatea on the island of Raiatea to the feathered 'Ku' heads from Hawaii, testament to the rich and sophisticated societies that once lived there. Yet, when Europeans encountered these cultures, waves of explorers, missionaries and colonisers destroyed what they didn't understand and appropriated what was left.

James Fox shows how, from Captain Cook's time onward, these islands were re-imagined as a paradise with women available to be exploited. It's an idea he traces from the Arcadian landscapes depicted by Cook's on-board artist, William Hodges, through the art of Paul Gauguin and on to the tacky holiday idyll of modern Hawaii. And yet, James Fox finds, some indigenous artists are fighting back, reviving the traditional cultures of Polynesia and using art to protest against the objectification of its women.

See all episodes from Oceans Apart: Art and the Pacific with James Fox

See all clips from Polynesia (2) 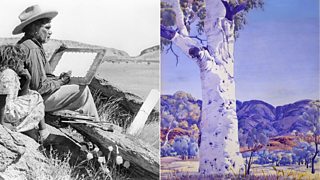 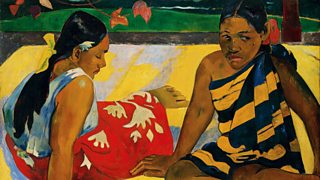 Paintings tell the story of the artistically brilliant but controversial Paul Gauguin.