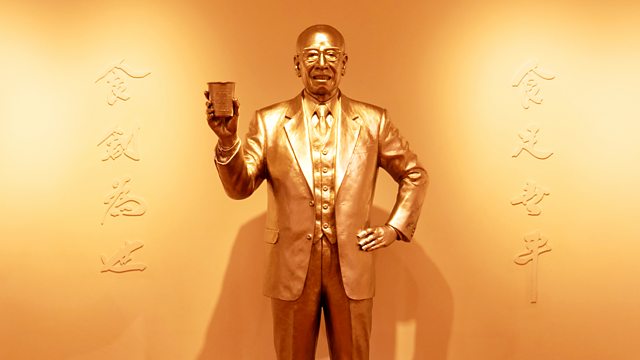 The Eternal Life of the Instant Noodle

Celebrating 60 years of astonishing success. Celia Hatton sees how the instant noodle, born in a shed in Japan, went global, with the help of students, travellers and prisoners.

How instant noodles, now 60 years old, went from a shed in Japan to global success.
What is the most traded legal item in US prisons? Instant Noodles.
According to the World Instant Noodles Association, 270 million servings of instant noodles are eaten around the world every day. Annually, that's 16 to 17 portions for every man, woman and child.
At the turn of the millennium, a Japanese poll found that "The Japanese believe that their best invention of the twentieth century was instant noodles."
The Taiwanese-Japanese man who invented them (Momofuku Ando) was convinced that real peace would only come when people have enough to eat. In the bleak wreckage of post-war Japan, he spent a year in a backyard hut, creating the world's most successful industrial food. Crucially, he wanted the noodles to be ready to eat in less than three minutes. That convenience has since become a selling point for noodles that are consumed by students, travellers and, yes, prisoners the world over. Instant noodles first went on sale in 1958, and they've changed little since.
Sixty years on, Celia Hatton explores the story behind instant noodles. It's a journey that starts in Japan, at the nation's instant noodle museum, and then takes her to China, still the world's number one market for "convenient noodles" as they're known there. Chinese sales of instant noodles are falling, though, as the country becomes wealthier. But noodles are still on sale in every food store in the country. The story ends with Celia being shown how to make a "prison burrito" by an ex-prisoner from Riker's Island prison in New Jersey, in the US. We hear why instant noodles have emerged as the prisoners' currency of choice. Momofuku Ando's invention lives on.