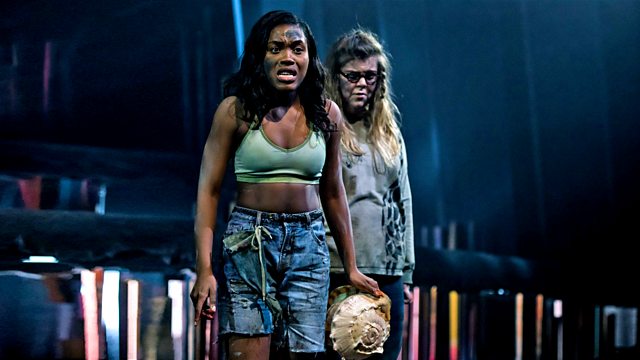 Lord of the Flies, Silence in art, Javier Marias

Lord of the Flies with an all-female cast, and the significance of silence in art.

In Theatr Clywd’s new production of William Golding’s classic novel Lord of the Flies, the group of schoolboys stranded on a remote island have all been reimagined as girls. Critic Gary Raymond reviews.

Forty playwrights and actors have accused National Theatre Wales of favouring English artists and companies over Welsh ones. In an open letter on the Wales Arts Review website, the Welsh artists also claim that the company is staging too few productions and say that non-Welsh artists and companies should only be engaged to support Welsh or Wales-based artists. Gary Raymond, editor of the Wales Arts Review, and Kully Thiarai, Artistic Director of National Theatre Wales, discuss the issues.

From John Cage’s controversial composition 4’33”, a three-act movement where no sound is made, to the Rothko Chapel in Texas, a place for contemplation housing 14 of the artist’s large, dark paintings, silence has had a significant place in culture. Actor and director Simon McBurney, conductor Jeremy Summerly, and art critic Charlotte Mullins consider the use and importance of silence in theatre, music and art.

Berta Isla is the latest novel by Javier Marías, Spain's most celebrated contemporary writer. Critic Alex Clark explains its place in the context of the author's body of work.

The Goodies, Holst's The Planets at 100, Debris Stevenson

Lord of the Flies

Berta Isla by Javier Marías is published on October 4