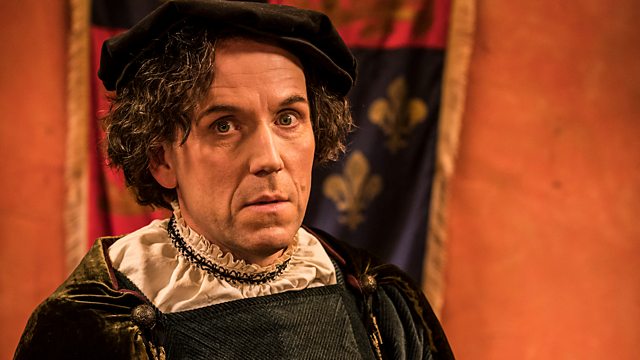 If You Prick Us, Do We Not Bleed?

Shakespearean sitcom. A brilliant new actor has some surprising views about the authorship of Will's plays.

London is full of anti-immigrant rioting. Will looks forward to an age when such sentiments are long gone, but in the meantime he and the players plan to do their bit to help those worse off than themselves with a fund-raising charity gala night. Inflated Pig's Bladder Day is a triumph.

As it happens, Will's newest play, the Merchant of Venice, is also about an oppressed outsider. But who will play the groundbreaking character of Shylock? Step forward the greatest actor of the age, Wolf Hall, a man with amazing stage presence and some rather controversial theories about who really wrote Shakespeare's plays.

Wild Laughter in the Throat of Death—Series 3