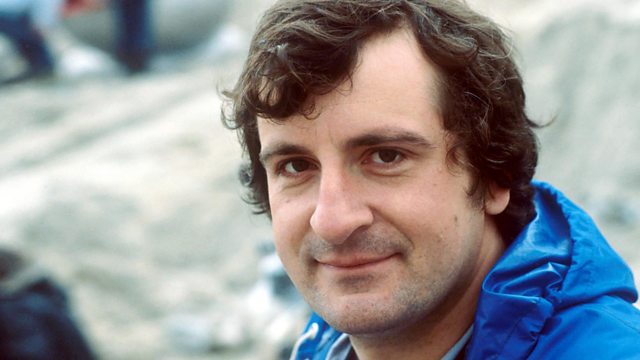 Douglas Adams, author of The Hitchhiker's Guide to the Galaxy, chosen by his friend and travelling companion, Mark Carwardine.

"Imagine a puddle waking up one morning and thinking, this is an interesting world I find myself in - fits me rather neatly, don't you think?"
Douglas Noel Adams wasn't even fifty when he died in 2001, but his imagination had already roamed far. He created The Hitchhiker's Guide to the Galaxy, the Meaning of Liff and several episodes of Doctor Who, plus the Dirk Gently character and Last Chance to See.

Nominating him is his co-writer on Last Chance to See, the zoologist Mark Carwardine. Mark's role, Adams said later, was to be the one who knew what he was talking about. "My role was to be an extremely ignorant non-zoologist to whom everything that happened would come as a complete surprise."