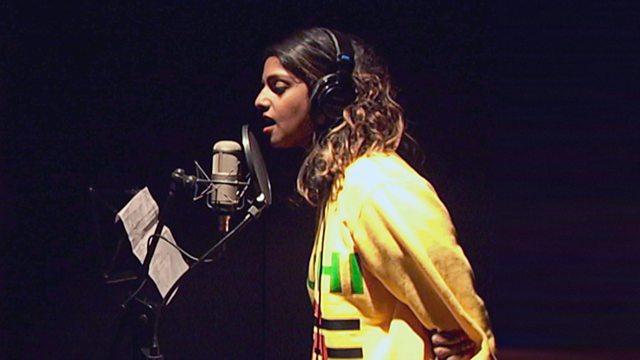 New documentary Matangi/Maya/MIA about the political rapper MIA, uses self-filmed archive footage of the outspoken and ‘controversial’ Sri Lankan immigrant artist who took up the Tamil cause. So how does the film by director and friend Stephen Loveridge help us understand her life and music? Journalist Kieran Yates reviews.

The Man Booker Prize 2018 shortlist of six books has just been announced and features two debuts, the youngest ever writer to make the list, a novel in verse and four women authors. Toby Lichtig of the Times Literary Supplement and critic Arifa Akbar give their thoughts on a list which includes some notable omissions - Sally Rooney and Michael Ondaatje for example.

Nell Stevens is the final shortlisted writer for this year’s National Short Story Award. She joins Kirsty to talk about The Minutes, her darkly funny and mysterious tale which follows a group of students captivated by an enigmatic stranger as they protest against the demolition and gentrification taking place in their neighbourhood.

Roy Williams pays tribute to fellow playwright Stephen Jeffreys, who has died aged 68. He is best-known for writing The Libertine, about the hedonistic Restoration poet and courtier - the Earl of Rochester. Jeffreys also long championed the work of young, new dramatists, including Roy, offering them support and advice.

The documentary film MATANGI/MAYA/M.I.A. is released on 21 September 2018, certificate 18.

Main image above: M.I.A. in the film MATANGI/MAYA/M.I.A.

Image to the left: still from the film

The 6 books shortlisted for the Man Booker Prize 2018 are:

Listen to Rachel Kushner being interviewed by Samira Ahmed and Esi Edugyan speaking to John Wilson on previous editions of Front Row.