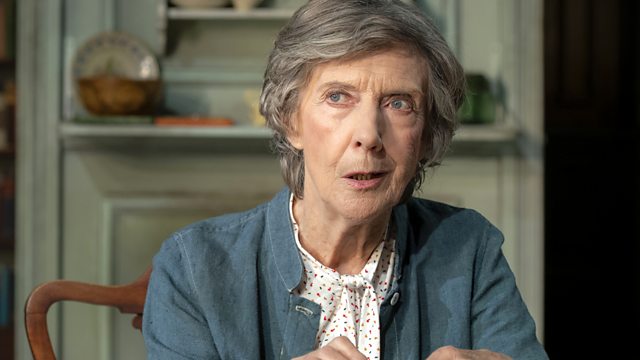 Eileen Atkins on her latest stage role in Florian Zeller’s The Height of the Storm and, ten years on, we consider the impact of the financial crash on the arts

Eileen Atkins talks about her latest stage role in Florian Zeller’s The Height of the Storm, a play about a couple who have been in love for 50 years. The actress, who began her career in the 1950s explains the challenges of Zeller’s writing and her preference for new theatre.

10 years since the collapse of Lehman Brothers, John Kampfner, co-founder of the Creative Industries Federation, and arts journalist Jo Caird discuss the impact of the financial crisis on the arts.

Today it was announced that Denis Norden has died. His long career as a comedy writer and performer spanned radio sitcoms in the late 1940s , Hollywood films, and the hugely successful television out-takes show It’ll be Alright on the Night. Dick Fiddy, Archive TV Programmer at the BFI explains his significance.

Ingrid Persaud has been shortlisted for the BBC National Short Story Award with The Sweet Sop. She explains what inspired her story which explores the relationship between a father and his estranged son. Set in Trinidad and told in a distinctively Caribbean voice, it deals with themes of masculinity, death and…chocolate.

The Height of the Storm is at the Theatre Royal, Bath until
29 Sept and at Wyndham's Theatre, London from 2 Oct until 1 Dec

Ingrid Persaud's short story The Sweet Sop has been shortlisted for the 2018 National Short Story Award and is on Radio 4 on Thurs 20 Sept at 3.30 pm