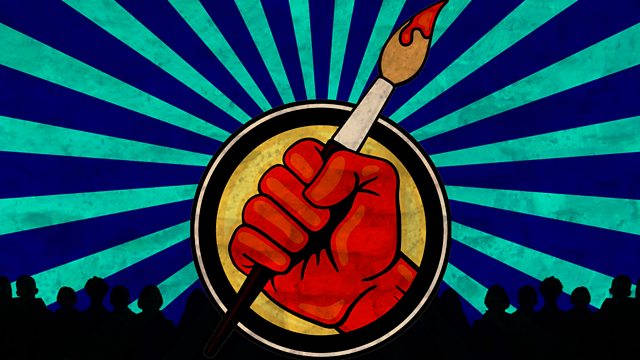 The art world is in a crisis, an identity crisis. In this impassioned polemic, writer Sohrab Ahmari defends the art world from the threat of identity politics.

The art world is in a crisis, an identity crisis. That’s according to writer and art critic Sohrab Ahmari in this impassioned polemic, He argues that contemporary art is being stifled by an obsession with identity politics.

Whether it’s artwork dealing with race relations, sexuality, gender, power or privilege, Sohrab says a desire for political point-scoring in the art world has far-reaching consequences - not only does it affect the quality of the artwork itself, but it also fuels narcissism, social division and political conformity.

Speaking to artist and critic Alexander Adams, Sohrab hears how identity politics drives artists to only create work about their own lived experience and results in a bland wash of politically correct slogans.

So what’s driving these artists to pursue identity politics? Sohrab speaks to the current crop of young impassioned artists to find out how and why identity politics features in their work. They suggest that art can and should be a tool for bringing about societal change.

So what’s at stake? Central to this programme is Sohrab’s concern that identity politics threatens art’s traditional search for truth, freedom and beauty. Moreover, in the current climate where activists are calling for certain artworks to be destroyed, he argues that, far from bringing the art-loving public together, identity politics is increasingly dividing us.

A TBI production for BBC Radio 4