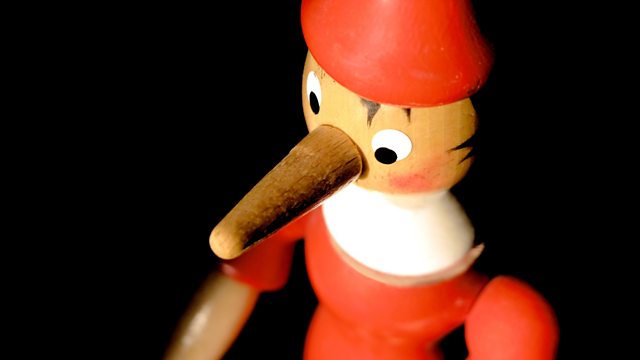 Book of the Week On Truth
Episode 1 of 5

Five essays on the timely theme of truth and current challenges to it. Dr Kathryn Murphy on Sir Francis Bacon's 1620s essay On Truth and its striking contemporary parallels.

We live, we keep being told, in a "post-truth" world, suffering an epidemic of "truth decay", but we are not the first to fear information overload, disinformation and fake news.

'In the 1620s, the statesman and philosopher Francis Bacon opened the final edition of his Essayes, which had been the first book of their kind in English when first published in 1597, with an essay entitled of 'Of Truth'.

He was driven by his own personal political woes but also by the preoccupations of his era: rapidly changing technology (the telescope and microscope made the world feel at once bigger and smaller); America and its inhabitants challenging European understanding and sense of identity; passionately opposing factions continuing the arguments of the Reformation; war in Europe forcing the question of just how far Britain should get involved in the Continent; and - to spread the news and unrest about it - the first organised distribution of newspapers in England had just begun.

To launch this topical series, On Truth, Dr Kathryn Murphy, Fellow in English at Oriel College, Oxford, uncovers Bacon's own concerns and links them with today's pressing issues.